A Noble Cause Showing the Importance of Smart Integration 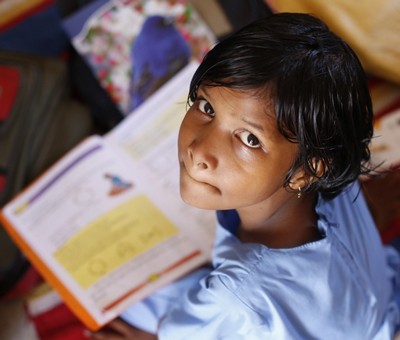 When companies look for new finance and accounting systems, they give high priority to financial requirements. But  what about the integration requirements for all the surrounding systems?

One organization that shows the importance of system integration is Room to Read, a nonprofit that works to improve literacy and girls’ education in low-income communities around the world.

It is a noble cause. The organization works in collaboration with communities, partner organizations, and governments to develop the habit of reading among primary school children and supports girls in completing secondary school with relevant life skills. Room to Read has benefitted more than 16 million children and has about $50 million in annual revenues.

It wasn’t enough just to implement a better accounting system. Room to Read wanted a system that would integrate with its CRM system, Salesforce, so it could combine operational data with financial data to give better insights into its projects and show donors exactly what they were getting for their money. The more-refined data and better reporting created by this thoughtful integration has allowed Room to Read to create highly detailed donor reports, attract huge donors such as Google, grow significantly, and save $300,000 a year on the finance team.

After rapidly expanding a few years ago, Room to Read’s management team felt that the organization’s growth surpassed what its systems could handle, dictating the need to replace its on-premises legacy system with a cloud-based financial system.

It would prove to be a tall order. Room to Read tracks many metrics, such as the number of library books produced and checked out, the number of teachers and librarians they have trained, the number of participants in their programs, and many more.

“However, our financial information simply wasn’t granular enough to add meaningful insights like cost per activity or investment per child,” said Shari Freedman, Room to Read’s CFO. “We were excited by the prospect of obtaining financial data that was tied to operational information and could tell a more informative story about our progress over time.”

What Room to Read needed was a system that could handle operations in 16 countries, 19 currencies, and 25 legal entities within the charity. It would not be enough just to provide better bookkeeping—it needed to give stakeholders reporting that combined accounting data with metrics that matter from its operational systems.

The team considered several cloud accounting systems but quickly narrowed it down to Sage Intacct and one other. In addition to Room to Read’s multi-entity and multicurrency needs, the other decision factor involved integration with Salesforce. “We had made a strategic decision as an organization to be on the Salesforce platform, so that took care of most of the systems out there,” Freedman said.

Intacct ticked those boxes and could be implemented out of the box, while the other finalist vendor was going to require customizations. With the other bidder, “I heard ‘with customization’ so many times,” Freedman said. “For me that was a big sticking point.”

Room to Read worked with implementation partner Armanino to design a new general ledger structure, transfer its historical data, and automate financial processes. With the new system, Room to Read streamlined its chart of accounts from 56,000 to just 100 and can now tag transactions with details such as specific programs and locations. The company also benefits from Intacct’s integrations, including connections with Salesforce for operational data; Workday’s Adaptive Insights for financial planning; and Nexonia for timekeeping and expense report automation.

The transition eliminated huge Excel spreadsheets and hours of duplicate data entry at the organization’s headquarters and in field offices. The new system now frees up teams for more value-added analysis.

The results are tangible. The amount of money saved on the finance team is $300,000 a year, Freedman said, because the productivity gains eliminated the need for three full-time employees, who were performing manual accounting functions. This is money that can go toward helping children instead of administrative overhead.

“When we were on [our legacy accounting system], our data structures only allowed us to look at average costs across all 7,000 donor-funded libraries. It was all but impossible to get donors the specific information they wanted about how we were managing against their particular budgets,” Freedman said. “Now we can now drill as deep as we need to. We can tell you the cost of, for instance, library number 14 in Siem Reap, Cambodia. And the process is much more efficient, allowing us to meet any deadline we commit to and provide more strategic insights when creating donor proposals and reports.”

Room to Read’s finance team pulls statistical program outcomes from Salesforce, combines that with financial data from Sage Intacct, and brings it together in Adaptive Insights for collaborative planning.

“We can track all of our expense types throughout the lifetime of a program—including everything from training teachers or supplying materials for the children to research and evaluation,” she said. “When a large donor funds a multi-year literacy program across multiple schools, we can accurately report back the specific cost associated with each programmatic component, which increases our credibility as an organization.”

The new system provides the kind of reports that large donors require.

“Being able to be that flexible with our system and be able to do a project budget, work with a donor, be able to do the kind of reporting that those donors need, is astounding for us. It’s resulted in an enormous amount of higher-level investors that have joined us in the last number of years. And they’re repeat investors. Google has given us multiple, multimillion-dollar grants. Very large donors are deeply interested in the reporting side.”

As we frequently report at Computer Economics, implementing new enterprise system can be a heavy lift at any company. But it was particularly burdensome at Room to Read.

“Our implementation was incredibly complex,” Freedman said. “Intacct did not know how complex it was. They understood pieces of it, but we were a customer that they hadn’t dealt with before, in terms of the scope. But they were young and hungry. They could tell we would be a good, interesting customer.”

At the beginning of the project, the scope of the data validation task was underestimated by everyone, Freedman said. When Armanino put together the project plan, data validation was merely a line item, she said, and Armanino thought Freedman herself would be doing the validation. “When you have a small, lean team and you’re relying on your implementer, you think they’re going to be doing that part. Let’s just say we all had unmet expectations around that piece,” she said.

The implementation took six months, much longer than Armanino’s original six-week path. Armanino’s time frame surprised Freedman. “As it turned out, it took them four months to find all the data,” she said.

She gives some advice for validating reams of data, based on her experience:

“We had to create a tool. As it turned out, lucky me, I had hired one manager in my finance team who actually had done this for Target, who had done data architecture and integration. And that’s why I hired her, because I knew what I was going to be going through. I just didn’t know what I needed. We had one person in India that she was close with, and they created a tool that allowed every one of my team to do it. When you’re bringing over that much data, you need a tool.”

If she could go back to before she started the transition, Freedman indicated that more direct participation from Sage upfront would have expedited the process.

“I think they would have gone further up the not-for-profit learning curve faster had they had to consider all of the decisions we had to make during our planning and implementation process. They would have heard directly what we were trying to do and how we might use the system. We were a unique implementation, and they might have taken on some different product upgrades sooner.”

Of course, almost all system implementations are difficult. And rarely do they go smoothly. In many ways what separates a successful implementation from a failure is not how smoothly that transition is, but whether the organization was persistent enough to make sure it meets its goals. Room to Read was able to integrate its major systems to produce strategically valuable outcomes and useful insights.

Growth Opportunity in the Nonprofit Sector

Sage Intacct continues to grow its customer base at about 29% in the past year, and its stable of value-added resellers is also growing at a healthy clip. Although it also sells into midsize organizations, Intacct has been a strong player in the small-business market. However, Intacct faces stiff competition in the midmarket arena from the likes of Oracle NetSuite, Acumatica, FinancialForce, Microsoft, SAP Business One, and others.

Where Sage Intacct differentiated itself in this case was its ability to handle the complex financial realities of a multinational nonprofit while facilitating integration with Salesforce.

Room to Read is a big win for Sage Intacct. Not just because it is a good customer in terms of revenue, but also in terms of learning. Room to Read was determined to make successful use of its implementation, and, rather than making do with a poor implementation, it persisted through difficulties and delays in order to get it right. A less-capable or less-persistent company may have turned this into a loss for Sage Intacct. As it is, it can use this experience to further understand the needs of future customers. In fact, the Room to Read controller, who was the project manager on the implementation team, was hired by Armanino, with the blessing of Room to Read. She is now on track to do all the implementations for nonprofits for the systems integrator, so her experience will now benefit future projects.

Moreover, Sage Intacct has a chance to make a bigger mark in the nonprofit sector. In this case it demonstrated best-in-class multi-entity, multicurrency capabilities and the ability to integrate with a major CRM with a heavy presence in the nonprofit space. Salesforce’s commitment to donating and heavily discounting its products to nonprofits means any vendor looking at the nonprofit area has to be able to integrate easily with Salesforce data. The sector is often neglected, because the perception is that companies in this space are rather small but have complicated financial needs. Because Intacct has been around longer than many of its cloud cousins, it already has the maturity of handling the complexity of nonprofits without customizations. This should be an area it can further exploit in the near future—all while helping other noble causes.