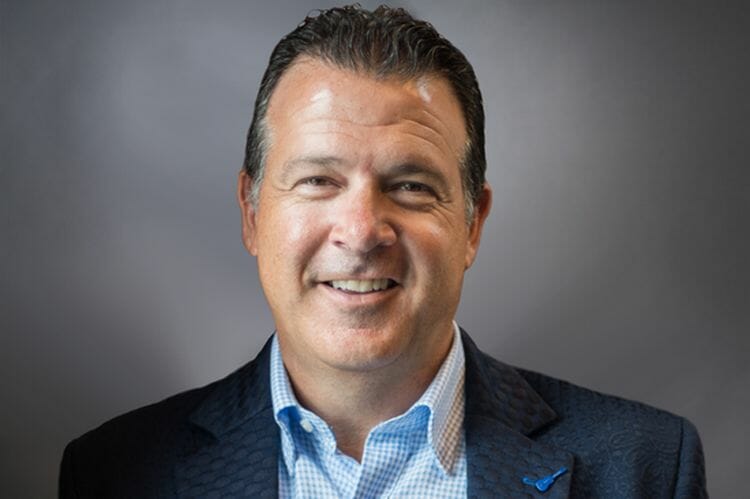 FinancialForce named a new CEO this month, and he’s already touting the market opportunity for his new employer, and for cloud ERP generally.

With only a few days on the job, veteran tech executive Tod Nielsen is still feeling his way forward, but he is already signaling his goal to increase FinancialForce’s  revenue tenfold.  The company currently employs about 600 people and is approaching a $100 million run rate. Nielsen’s ambitions would then see FinancialForce as a billion-dollar SaaS provider, a level exceeded only by a handful of enterprise SaaS vendors, including most notably Salesforce, which provides the platform on which FinancialForce is written.

In an interview with Computer Economics, Nielsen said that FinancialForce can do a better job of establishing itself as an independent cloud ERP provider, and not just a cloud ERP provider built on the Salesforce platform.

“FinancialForce has done a tremendous job of aligning with Salesforce, but I would say almost too much,” Nielsen said. Other large Salesforce partners, such as Veeva, ServiceMax, and Vlocity, do not talk about the platform until later in the sales cycle, he added.

Nielsen—whose last position was executive vice president of platform at Salesforce and prior to that, CEO of Heroku, which Salesforce bought in 2011—focused on the need to first establish his new company’s independent bona fides. “If customers want to talk about the Salesforce platform that’s great, but many of these customers don’t even know how to spell platform, and we need to be a compelling consideration for them, instead of NetSuite [or other competitors].”

“Great at a Few Things”
FinancialForce’s founder and former CEO, Jeremy Roche, will serve as a special advisor to the management team and will return to parent company UNIT4, taking over the role of chief product officer.

To get to $1 billion, Nielsen is working on clearly defining what the company can be great at and then aligning its investments in those areas. “ERP is such a broad spectrum of portfolios, that it’s easy to spend a lot of money on just being average at everything,” he said. “We want to be great at a few things.”

He is not sure yet what that focus should be, as at the time of the interview he had been on the job four days. However, he says FinancialForce is strong with customers in the professional services sector and wonders whether the company should double-down on that, or if it should focus on another area such as supply chain management.

The Potential of Cloud ERP
It isn’t just that Nielsen thinks FinancialForce is ready for growth. He sees the market at an inflection point, and there are significant growth opportunities for cloud ERP generally. He believes that many organizations will need to migrate from legacy ERP systems to newer cloud-based systems. FinancialForce is well-positioned to take a part of that market, he said.

“This period of time to me kind of feels like August of 1995, when Microsoft came out with Windows 95,” he said. The cloud has established its value, and customers are ready to jump in, according to Nielsen.

“The thing that’s kept people from the cloud is trust,” Nielsen said. But, he said, now that cyberattacks are getting so sophisticated, unless companies are willing to spend millions of dollars annually to protect their data centers, “not going to the cloud is sort of like putting your money under the mattress.” He believes that the combined resources of cloud providers and their customers will ultimately be more secure than maintaining on-premises systems. Because of that, he sees the market moving toward the cloud, which will mean a growth in the cloud ERP market that FinancialForce can take advantage of.

Obstacles Ahead
Despite the opportunity, Nielsen will face significant challenges in getting FinancialForce to the next level. For starters, the $1 billion level is very ambitious. As noted above, only a handful of SaaS providers have reached the billion-dollar level. Even NetSuite, the first cloud ERP provider, fell just short of the mark prior to its acquisition by Oracle last year.

The largest obstacle to rapid growth is that the ERP market is slow-churning, which is less the case with CRM (e.g. Salesforce) or even human capital management (HCM)—Workday, for example. Customers go many years, even decades, without switching out ERP systems. Changing ERP providers can be time-consuming and disruptive to a business. Compounding the challenge for upstarts such as FinancialForce, most legacy ERP providers now have cloud or semi-cloud offerings that compete for those legacy-system migrations of their installed base customers.

One way a cloud vendor can overcome this challenge is to focus on first-time ERP adopters (e.g. those coming off QuickBooks). Intacct has successfully taken this strategy. But those tend to be small deals, and it will take a large number of them to reach the billion-dollar mark. FinancialForce, therefore, will need to compete to an even greater extent in the ERP replacement market, convincing legacy ERP users that they can make the transition with minimal disruption. FinancialForce has had some success with this approach, as it has been moving steadily upmarket with double-digit increases in average deal size in recent years. To reach Nielsen’s goal, it will need to push on this strategy even more aggressively.

Nielsen was not ready to commit to FinancialForce broadening its current market focus beyond professional service firms and value-added resellers. Manufacturing, distribution, and retail are large sectors that FinancialForce does not serve to a great extent today. But broadening its industry focus would probably require acquisitions of other Salesforce AppExchange partners that serve these sectors. FinancialForce has made acquisitions in the past, with its purchase of Vana Workforce and Less Software in 2014. Nielsen said it was too early in his tenure to discuss further acquisitions and believes the company could reach the goal through organic growth. We are skeptical, however, that FinancialForce can do this without expanding its industry focus.

For existing customers, there are benefits if FinancialForce becomes a larger provider. Larger vendors have larger R&D budgets and can amortize the cost of development over a large number of customers. A larger customer base gives each customer a broader peer group to share lessons learned, and a larger pool of skilled resources from which to draw. Finally, a large provider has greater financial stability, which is a top concern when your day-to-day operations depend on the viability of that provider. Hopefully, as FinancialForce executes on its plan for growth, it will do so in a way that better serves customers and the broader market.

For more background on FinancialForce, see this blog post from our sister consulting firm, Strativa: FinancialForce Expands Its Footprint in Cloud ERP.