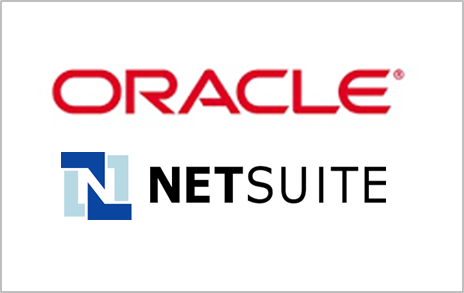 After many months of speculation, NetSuite is returning home to its initial investor, Larry Ellison, as Oracle will acquire the cloud ERP company for about $9.3 billion, or $109.00 per share in cash.

The move had been expected for a long time, because of the connections between the two firms. NetSuite’s top two executives, CTO Evan Goldberg and CEO Zach Nelson, came from Oracle. NetSuite, originally known as NetLedger, was later, for a short time, renamed Oracle Small Business Suite. Oracle Chairman Larry Ellison and his family are the largest holders of NetSuite stock, owning more than 40%. The deal is expected to close in 2016, subject to regulatory and shareholder approval.

“NetSuite will benefit from Oracle’s global scale and reach to accelerate the availability of our cloud solutions in more industries and more countries,” Nelson stated in a press release. “We are excited to join Oracle and accelerate our pace of innovation.”

“Oracle and NetSuite cloud applications are complementary, and will coexist in the marketplace forever,” stated Mark Hurd, Oracle chief executive officer. “We intend to invest heavily in both products—engineering and distribution.”

There are several interesting implications to the deal. One immediate result is that Oracle now has its own two-tier ERP option for its large customers. NetSuite was one of the early proponents of two-tier ERP, where a large organization runs a Tier 1 solution, such as SAP or Oracle ERP for its corporate headquarters and larger operating units, but then opts for a smaller ERP system for its smaller divisions. NetSuite, Microsoft, Plex, and others often use this approach to get them into larger enterprises.

Cloud ERP systems are especially good in two tier scenarios, as they are quick to set up and require no on-premises infrastructure. SAP has long had its own solution for the second tier, with its Business One offering. Now, with its acquisition of NetSuite, Oracle also has its own cloud ERP solution for the second tier. This is an immediate cross-sell opportunity for NetSuite, getting them into Oracle’s installed base of E-Business Suite customers, where they may be shopping for a plant level solution.

NetSuite specializes in the small- and midsize-business market, and from a competitive perspective, in terms of sheer numbers, Oracle will now have the largest installed base of pure cloud ERP customers. Oracle has not had a strong presence in this market.

The move also boosts Oracle’s aggressive push into the cloud, which wasn’t always the case. Oracle was notorious for dismissing what others were calling cloud computing, saying the term was being overused. As recently as 2008, Ellison complained bitterly that the tech world was renaming too many existing technologies “cloud computing.” “When is this idiocy going to stop?” Ellison said to financial analysts in September 2008, as seen in this YouTube clip.

Jump to 2016, and now Oracle wants to win the cloud war, and its cloud offerings are growing. Last month in its fourth-quarter earnings call, the company said total cloud revenue jumped 49% to $859 million, even as total sales fell 1% to $10.59 billion.

Oracle is paying a premium for the NetSuite acquisition. The $109 per share is 19% over NetSuite’s closing price Wednesday of $91.57. If Oracle had made its bid back in February, it might have gotten NetSuite for less, when the shares were trading at below $60.

The acquisition news comes on the day NetSuite released its second quarter results. Second-quarter revenue rose 30% to $230.8 million, but the company’s loss grew to $37.7 million from $32.3 million in the year ago period. NetSuite’s stock price spiked 18 percent to $108.38 Thursday on the news.

NetSuite has many rivals in the competitive cloud ERP market. Reaction was swift from some of them.

FinancialForce CEO Jeremy Roche was particularly harsh, criticizing Oracle’s growing portfolio of acquired cloud systems. “We predict this will create disarray for customers, prospects, and employees at both Oracle and NetSuite,” he wrote in a press release.

Another competitor, speaking off the record, voiced similar concerns about the difficulty Oracle will face in rationalizing its cloud portfolio. At the same time, he acknowledged that the NetSuite acquisition could help Oracle in certain industries where it has not had great success among smaller businesses, specifically retailers and wholesale distributors.

The acquisition makes sense from a culture perspective, but it raises many questions. Oracle is focusing on moving more of its business to the cloud-computing model, to better compete with companies that specialize in cloud-based offerings, such as Salesforce and Workday. At the same time, Oracle is fighting to keep pace in the cloud infrastructure services market, dominated by Amazon and Microsoft.

In a FAQ about the acquisition, Oracle makes it clear that it views NetSuite’s 30,000 customers as new sales opportunities. “NetSuite’s customers have been early adopters of the cloud and represent potential current and future buyers of Oracle’s entire portfolio of technologies.” It remains to be seen how many of those NetSuite customers will be willing to consider other products in that portfolio.