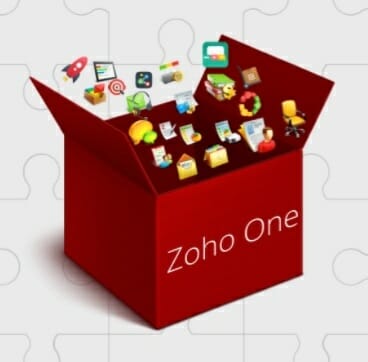 The market for customer relationship management (CRM) systems continues to heat up as vendors integrate a wide variety of other apps—marketing, human resources, accounting—into their solutions.

One of the lesser-known competitors in this space is Zoho, which mostly serves small companies with its cloud-based CRM system and other tools. The company–with headquarters in Pleasanton, Calif., and Chennai, India–is seeking to move up-market and compete with bigger CRM players such as Salesforce and Microsoft. At its recent analyst day in Pleasanton, Zoho announced impressive worldwide growth and a host of new products. But despite the growth, Zoho admits that headwinds remain for the 21-year-old company.

Zoho now has more than 5,000 employees worldwide, 40 applications in the cloud, and 251,000 paying customers. The company also claims about 30 million users, but that includes a majority of non-paying users, which is an important part of its strategy. Almost every Zoho product has something that is free, and many Zoho customers have used the free tools for years and never bought the product. “We don’t really worry too much about that,” Zoho Chief Strategy Officer Vijay Sundaram said. “It’s still good for our ecosystem.”

Zoho, formed in 1996, is a private company. It is an entirely bootstrapped operation. Zoho CEO Sridhar Vembu described his company’s growth: “We made money, then we bought stuff. It’s very old fashioned.”

Forty Apps in Zoho One
In 2017, Zoho launched a solution called Zoho One, pitching it as a bundle of 40 apps–what it calls the highest-performing edition of all its products. Zoho One includes applications for marketing, sales, customer support, accounting, human resources, as well as collaboration and communication tools. It is early days, but Zoho says it is seeing a significant number of migrations from competitors, including Salesforce, Intuit QuickBooks, and Zendesk to Zoho One.

The number of seats per customer is also going up. The company said that for every customer who upgrades to Zoho One, it gains an average of three or four seats. However, a big reason for the seat increase is that Zoho requires a customer sign up all employees to use Zoho One–even if they do not all use the system. For example, if a company has 100 employees, the cost would be $30 per employee, per month. This price point is well below typical CRM per-user pricing for providers such as Salesforce, yet it includes a much broader footprint of functionality.

CEO Vembu pushed for this payment arrangement because he did not want potential customers to have to wrestle with different pricing structures. In an interview with Computer Economics, Sundaram said this was an idea that he questioned at first.

The Zoho One pricing structure was the subject of much debate at the analyst day. “With Zoho One you are not buying or licensing 40 applications, you are essentially licensing peace of mind,” Zoho Chief Evangelist Raju Vegesna said, “because you don’t have to worry about all these individual pieces. You just get all the software you need for your business.”

All Zoho apps are still available a la carte, and customers don’t have to buy Zoho One. But the company argues (as would be expected) that buying only one app, for instance its flagship Zoho CRM Plus, means that a customer would not get all the other apps covering marketing, customer support, accounting, human resources, etc.

Growing Popularity in India
One Zoho customer from India sang the praises of Zoho One. Subhash Kelkar is the CTO of IIFL, a large integrated financial services group in the world’s largest democracy. He reported how his organization recently went to an all-tablet system, replacing all PCs with 8,000 tablets, and is using the new Zoho suite. “Zoho One is a good offering for organizations like us,” he said. “It is not just 40 applications. It is 40 applications working together. Not many people know this product, but if you use it properly you can have a lot of synergies within organizations.”

Speaking of India, Zoho’s growth spiked there in 2017, thanks in part to a surge in Indian companies using Zoho’s accounting software in the wake of tax changes. A Goods and Service Tax (GST) became law in India in 2017. The GST is a value-added tax (VAT) levied on most goods and services sold for domestic consumption. Zoho added GST capabilities to its Zoho Books solution, and it proved popular. The company is hoping for a similar boost in the Middle East, where it has a significant number of customers. A VAT was recently implemented in the United Arab Emirates and Saudi Arabia.

Headwinds
Despite Zoho’s growth and new products, challenges remain for the company:

Following a Familiar Path
Integrating a variety of business applications into one solution is part of a trend that is picking up steam. Zoho’s new offering follows a similar path to Microsoft Dynamics 365, which combines the company’s CRM and ERP cloud solutions into one cloud service with new apps to help manage specific business functions, including financials, field service, sales, operations, marketing, professional services automation, and customer service.

The leader in CRM, Salesforce, has also charged ahead in the integration department. The acquisition of Demandware created a new product line for Salesforce’s cloud software called the Commerce Cloud. That unit connects to Salesforce’s customer success platform, leveraging Salesforce’s marketing, analytics and sales tools.

The next year or two should be interesting for CRM solutions, because they are maturing and integrating work processes that were previously performed in other apps, challenging the way we will look at the app portfolio in the future. As for enterprises looking for a new CRM system or an upgrade, many buyers probably haven’t had Zoho on their short lists, thinking it was for small office or home office users. Zoho is now competing in some of the same areas of user experience and data integration as other offerings. These developments may change that perception.