Home » The Digital State of Media and Entertainment

The Digital State of Media and Entertainment 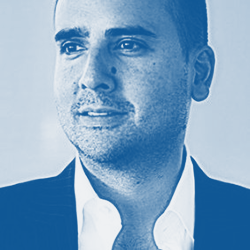 It is no secret that the traditional media and entertainment industry has experienced extraordinary value destruction in the past 20 years. The music industry right-sized from $26.6 billion in 1999, to $14.9 billion in 2015. Print media lost the fight for classified advertising to Craigslist, Yelp, and Groupon, and legacy brands like the New York Times have survived only by exchanging analog dollars for digital pennies through their subscription services. Only film has held up reasonably well with studios like Disney tapping into multiple revenues streams (musicals, mobile apps, theme parks, etc.) to monetize their brands.

The digital age has also created hundreds of billions of dollars of new value with players such as Apple, Facebook, Google, Netflix, Amazon, and YouTube pioneering new forms of content creation, marketing, distribution, and monetization.

But despite the upheaval, the digital age has also created hundreds of billions of dollars of new value with players such as Apple, Facebook, Google, Netflix, Amazon, and YouTube pioneering new forms of content creation, marketing, distribution, and monetization. With so much to gain at a time rife with industry uncertainty, it’s easy to become paralyzed by indecision as to how to move forward. But the truth is, a clear understanding of the changes at hand and a forward-thinking attitude can help the media and entertainment industry – and almost any business – not only survive, but thrive in this innovative and versatile digital future.

There are four main themes running through the disruption of traditional media and entertainment. The first of these is the shift toward digital consumption in an industry entrenched in its analog traditions. Gone are the days when consumers were slaves to linear TV programming. Tivo and DVR technology allow viewers to skip advertisements entirely, weakening a historically solid revenue stream. These ‘fly by’ viewers now turn to social media to find their next favorite show or news source.

This leads to the second theme, the proliferation of digital advertising. Digital advertisers have an advantage over their traditional counterparts in that they can directly measure the return on their investment by accurately tracking traffic, leads, sales, brand perception, and net promoter scores. This advantage is tipping the scales: digital advertising is projected to account for more than 50 percent of total media spending by 2019.

The third theme is at least partly precipitated by this new data-driven market: the explosion of free and pirated content. As legal avenues for digital content failed to meet demand in a timely manner, illegal and questionably legal services filled the void, the most famous of which was Napster. Legality remains a significant hurdle to legal distribution, as licensing content from Hollywood is still one of the most difficult and unpleasant experiences that a distributor has to suffer every year.

Only a handful of global digital players have been successful in this new digital arena, which brings us to the fourth theme: the rise of digital platforms. Companies like Spotify, Vevo, Hulu, and Netflix have attempted to fill the digital gap by combining advertising revenue with subscription options for their all-you-can-eat streaming and freemium business models. In today’s digital world, content is king, but distribution is King Kong.

With these themes in mind, there are some rules of thumb and attitude adjustments that can be helpful when looking to the future. The first of these is to accept that digital is here to stay and is likely to expand even further. Companies that failed to embrace this have been left behind and even new media players like AOL and Yahoo have struggled to keep pace. Speed is essential, but direction is important too. No one knows what the ‘right’ direction is, but one approach would be to become a ‘fast follower’ and copy successful models so as to adapt them to serve your market.

Along these lines, you might also consider orchestrating digital collaborations with partners to achieve your goals. Hollywood may not have the skill set or culture to catch-up with Silicon Valley, but there are many innovative startups vying for the attention of major Hollywood players for a chance at reinventing film, TV, and the music industry. Partnering offers opportunities otherwise closed to many businesses.

The last bit of advice is to embrace innovation – and not just the technological sort. Technology is merely an enabler, not a destination. Uber is a superb example of this, having invented a completely new business model and approach to ride sharing that is aided but not driven by technology.

Though technology and innovation may have played a role in triggering the digital revolution, they have also opened the doors on new opportunities as well. It is important to acknowledge and learn from the mistakes that have been made, and to work together creatively to achieve success going forward.

This article originally appeared on CSQ.com.

Want to learn more about our digital strategies?