The Evolution of Airports and Key Drivers for Transformation

The Evolution of Airports and Key Drivers for Transformation

Major airports have evolved from being merely the beginning and end of journeys, to being an integral part of the socioeconomic engine which drives regional growth. This shift has been driven by the emergence of four forces which have changed the role of airports for each of their stakeholder groups: 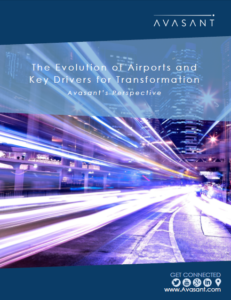 These four forces not only drive fundamental changes to the role of airports, but also pose often conflicting priorities which are difficult to reconcile.  Key among these conflicts are the need for greater flexibility offset by more stringent controls and constraints, the need to externalize the airport profile hampered by the need to focus on internal airport operations, and the need to reconcile expectations of key stakeholders – airlines, passengers, workers, government and regulatory agencies, taxpayers, shareholders/bondholders – which are often at cross purposes.

The solution to these challenges is the emergence of the fifth force, which enables airports to address the key drivers in an integrated manner, and reconcile conflicting objectives to drive benefits across the entire ecosystem:

5 Levels of an Airport Revenue Strategy

The Twilight of the Technology Cartel Scroll to top