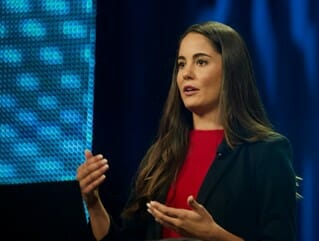 LAS VEGAS—Cloud-based enterprise resource planning (ERP) vendor Acumatica is a rapidly rising star in the mid-market ERP world, and for some time the Seattle-based company has been looking to play in a bigger arena.

“Arena” now has two meanings for Acumatica, which hosted its user and customer conference in sweltering Las Vegas earlier this month, its first in-person event since the start of the pandemic. Why two meanings for “arena?” Because amongst Acumatica’s many announcements is a new integrated connector to Arena Solutions, a rising star in its own right.

Arena Solutions is a leader in the rapidly growing market for software-as-a-service (SaaS)-based product life cycle management (PLM) software. Arena has grown so much since its founding in 2000 that PTC, the largest player in the PLM industry, snapped up Arena earlier this year for $715 million.

PTC buying Arena is not a big surprise, considering how important SaaS tools and digital transformation became during the pandemic. As it is well known, in 2020, thousands of companies around the world realized the dramatic impact that SaaS solutions can have on bottom lines, supply chains, and customer interactions. This fact can be seen all over the business world, including in Acumatica’s customer count, rising almost as fast as a Jeff Bezos-helmed rocket. (More on the customer count later.)

Why is Acumatica’s Arena Solutions connector important? Because connected applications, integrations, open application program interfaces (APIs), and flexibility are the coins of the realm for Acumatica. Connectors like this (and others discussed below) are part of the arsenal that make Acumatica a “future-proof” ERP system, CEO Jon Roskill said at the conference. Most of the heavy lifting happens behind the scenes. He said:

“The thing that’s enabling all that we’re talking about is the underlying Acumatica Cloud xRP Platform. This is the platform we shipped many years ago, but we continue to update under the covers. And it’s what allows the flexibility and easy integration and allows us, and our partners, to add on new functionality at the application level very easily. And sometimes, when required, on short notice. A good example of that is, if you go back to a year and a bit ago, who knew that the requirements on remote work support were going to be where they are today? And yet, there they are.”

One of Acumatica’s competitors is not known for this level of flexibility. For instance, many customers of this competitor complain that they struggle to get their data out of that system and into a new one when it comes time to switch systems. A number of customers over the years have told us versions of this story. Some value-added resellers (VARs) have said so as well, including Joesph Powell, ERP solutions manager for Kissinger Associates, Inc., based in Centerport, PA. At the conference, Powell told us about a customer of this Acumatica competitor who wanted to switch ERP vendors. The customer told Powell that he thought it would take three months to get his data out and move it to the new ERP system. Powell, an experienced VAR, warned him it would actually take a year and a half—and Powell was ultimately right.

Integrations with Microsoft Teams and Adobe

Speaking of connectors, Acumatica also announced integrations with Microsoft Teams and a soon-to-be-released one to Adobe. Regarding Teams, customers of Acumatica can now access the communication and collaboration features of Teams to start chats and calls within the Acumatica platform.

The Adobe annotation tool enables several new features, including the ability to edit a PDF in the Acumatica system, the ability to create and track versions of the PDF (that is, a full audit trail), and the ability to seamlessly email stakeholders about changes to the PDF. At the conference, Acumatica’s Director of Partner Enablement Jessica Gadbois, pictured above, demonstrated the new Adobe integration.
The Adobe-Acumatica integration will be part of Acumatica’s biannual release of updates, called 2021 R2, coming later this year. The integration is really an extension of their relationship, as Acumatica already features integrations to Adobe for electronic signatures in all its “industry editions.”

For some background, the cloud ERP vendor developed an interesting way to cost-effectively address the needs of customers in certain industries by packaging its products into industry editions. Each industry edition marries Acumatica’s horizontal functionality (primarily financials, distribution, and customer management) with industry-specific modules, such as construction, manufacturing, distribution, and retail-commerce (which was renamed from just “Commerce Edition”).
The industry editions are sold through a network of VARs, which is an Acumatica staple. The company is known for this go-to-market strategy, which is 100% through VARs. That Acumatica ecosystem continues to grow, with 350-plus VARs and 240-plus independent software vendors (ISVs), Roskill said. The VARs are becoming more specialized and more aligned with the industry editions, he added. Acumatica’s customer count also includes customers of its OEMs, such as MYOB, Visma, and ACCEO, which private-label Acumatica as the core of their next-generation ERP systems for small businesses.

That ecosystem has been busy. Acumatica has now passed a significant milestone: From March 2020 to July 2021, it added about 1,500 customers and now has a stable of more than 8,000 mostly small and midsize customers. Roskill said it has been a busy 17 months for the company, punctuated by some huge months where the numbers of customers spiked—mixed with some slower months. According to IDC, Acumatica is the fastest-growing cloud ERP vendor. The company has grown so much that it has moved to a bigger home office in Kirkland, WA.

A Burning Need for a PLM Solution

We spoke to an Acumatica customer who is evaluating Acumatica’s Arena Native Connector. Specified Technologies Inc. (STI) develops fire-protection systems, which help stop the spread of fire, smoke, and hot gases for the data, electrical, and construction industries. STI is headquartered in Somerville, NJ, with offices in Latin America, Europe, the Middle East, India, Southeast Asia, and China.

STI uses Acumatica’s Manufacturing Edition, which it installed after its Sage MAS 500 (later renamed Sage 500 ERP) system was not meeting its needs. STI is also in the process of replacing its existing, on-premises PLM solution, PDXpert. We asked Kevin Boyle, STI’s director of information technology, to explain his product development life cycle and how the Arena Native Connector to Acumatica will help. It’s complicated, he said.

“Think about the product life cycle. Somebody comes up with the idea, and then there’s everything it has to go through, depending on your industry, to get it to market, to actually sell it. Well, Acumatica is good at getting it built and getting it sold and collecting for it … all that order-to-cash stuff. But the whole product development life cycle is a preamble, and their core software doesn’t handle that. We’ve been using PDXpert, which was brought in by one of our engineer directors when he got hired a few years ago. And we never really embraced it, because of a couple of things. One is usability, but the second thing was, once you got it finished, there’s a manual step to get it into your ERP.”

Boyle explained how one of his “very rudimentary products” such as putties, sealants, floor coverings, and sprays would be developed. It would go through many revisions and much testing, because ultimately, “we have to know that under 1,000-degree fire, that the product will hold up for two hours.”

The number of stakeholders involved in product development can be unwieldy. “We may work with a customer, an installer, and an architect, because we sell to distributors,” Boyle said. “But the people that specify us are the project managers who are managing the construction site, mostly.” Boyle continued by saying:

“So, long story short, you get all the way to the end, and then you burn it, and it meets what we think our specifications are, and we’ve decided it’s going to be profitable for us. Then somebody turns around and says, ‘Okay, let’s make this product available. Start publicizing it on our website.’ Or sometimes we do that in advance of it. We tell our sales team that the product’s coming, so that if they’ve got a need, or if they happen to be the one that requested it, our sales team has a funnel back into product development. That whole product development stuff is what Arena’s going to help us with.”

The ERP market continues to evolve, with cloud ERP vendors increasingly swooping in to grab customers. Our research confirms this. The percentage of companies that have switched from on-premises ERP to cloud ERP has moved up significantly in the past two years. The buzz at Acumatica’s user and partner conference in Las Vegas was all about digital transformation and growth, and 8,000 customers is a major milestone. This is good news for Acumatica and ERP customers, because it broadens the alternatives and puts pressure on the ERP leaders to sharpen their skills and beef up their offerings.