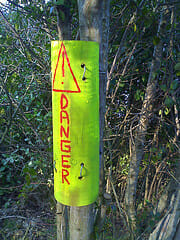 For implementation and ongoing support, most customers rely on their original vendors of major enterprise applications such as ERP, CRM, and supply chain management (SCM). But what happens when the vendor is not up to the job? What steps can buyers take to mitigate the risk of vendor support failure and protect their investment?

These are questions that come to mind when reading about a recent lawsuit by a governmental agency in Puerto Rico against Infor, alleging that Infor “has been absolutely incapable of resolving serious problems” with the agency’s implementation of an Infor product.

The Allegations
The agency, known as the Municipal Revenue Collection Center (or, CRIM by its Spanish acronym) originally purchased a license for a computerized tax management system in 2006, prior to Infor acquiring its developer, Hansen, in 2007. Complicating matters, CRIM originally purchased its Hansen license through a Hansen partner, Rock Solid.

Reading the agency’s lawsuit, CRIM appears to have done at least a partial implementation of Hansen starting in 2006. Then in 2009, CRIM negotiated and executed contracts with Infor totaling approximately $1.1M to provide services and support for its Hansen system.

Sometime after signing these agreements with Infor, things appear to have broken down.

The details of CRIM’s complaint against Infor are summarized by Chris Kanaracus at IDG News Service. In summary, CRIM alleges that the original resources Hansen assigned to the project left Infor after the acquisition, and that Infor was unable to provide other resources that were up to the task. As a result, CRIM claims it has had to create patches and workarounds to keep the system active and working, a job which is made more difficult by not having access to Hansen source code. According to CRIM, serious problems remain unresolved.

Take Steps to Mitigate Risk
Although any legal complaint will, by definition, be one-sided, there are important lessons that buyers can learn, regardless of the outcome of this legal action. In fact, lawsuits of this type are often settled without disclosing the details, meaning we may never know who is at fault.

Therefore, it is more important to focus on what buyers can do before entering into a vendor relationship to mitigate the risk of getting into a situation similar to what CRIM claims.

Commercial software is an attractive alternative to in-house custom system development, in part, because it relieves the customer of the need to provide its own ongoing support. Most of the time, vendors deliver their end of the arrangement. But customers should plan for the times when they don’t.