Home » Product » Offshoring – Still a Major Issue for IT Professionals

Offshoring – Still a Major Issue for IT Professionals

A growing number of state governments are considering and/or passing laws that would make it illegal for state organizations and/or contractors to send work offshore. In fact, some states have already curtailed or banned this practice altogether, and many more have multiple bills pending on this issue.

Computer Economics recently polled a large contingent of IT professionals to get their stance on this issue. The overwhelming majority of respondents agree with the efforts currently going on in many state legislatures. As Figure 1 illustrates, over two-thirds of the respondents gave this concept a thumbs up, with almost half showing â€œstrongâ€ agreement with the passing of laws to ban this practice.

What Is Your Stance on State Government Efforts to Ban or Limit Offshoring? 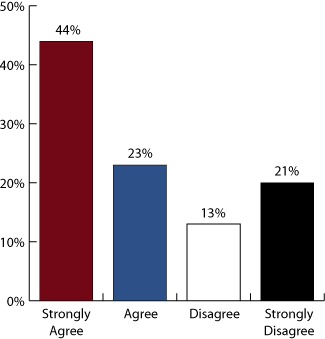 While IT workers may be somewhat more angered by this practice than professionals in other disciplines, it is our belief that these numbers are fairly representative of the population in general. Yet, despite the current controversy over offshoring, many states are continuing to embrace and increase this practice. A recent article in the San Diego Union-Tribune stated that California is one of the leading states in terms of offshoring government jobs. The article stated:

California is believed to be one of the leaders in outsourcing government work. It was placed at the top of 42 offshoring states in a study by WashTech, the arm of a Communications Workers of America local in Seattle. The report says California uses 11 of 18 firms identified as outsourcers.

But California is not alone in this trend and the motivation for either maintaining or creating an offshore arrangement comes down to one simple factor–economics. In 2002, New Jersey pulled back its call center from an offshore contractor, the cost of managing the call center reportedly rose by $900,000 annually. Statistics such as these have caused many state governments to shy away from pulling their “offshored” services back home, and has fueled the belief that there are significant economic benefits to be gained by increasing their current number of governmental services to offshore contractors.

In general, the practice of outsourcing U.S jobs offshore is rising, and not just in state governments, but throughout all industry sectors in the U.S. The San Diego Union-Tribune article went on to say:

Recently, Forrester Research reported that U.S jobs are being moved overseas at a much faster rate than was anticipated in 2002. By the end of 2005, it forecasts, the work of 830,000 Americans will have moved to India and other low-wage countries–up to 40% higher than original estimates. Forrester also predicts that by 2008, more than half of all Fortune 100 companies will be sending work abroad, up a third from 2004.

While many economists believe that outsourcing U.S jobs may result in a faster growing and stronger economy over time, so far there is no economic theory or empirical evidence to support this claim. Nor is there any evidence that shows that the U.S. will see any long-term trade benefits from this practice. Worst of all, there is no guarantee that this trend may not result in doing real and permanent harm to the U.S. economy in the long run.

Clearly, Computer Economics’ data indicates that the vast majority of IT professionals are concerned about the short-term and long-term implications of offshoring–and not just the loss of high tech jobs, but the practice of offshoring in general.