Oracle Charging Ahead with Cerner Integration but Big Hill to Climb 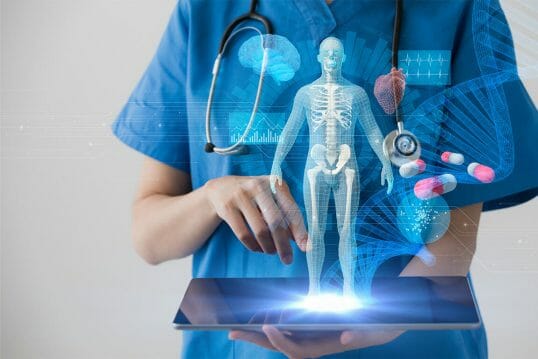 LAS VEGAS—It’s been almost a year since Oracle announced its costly acquisition of Cerner, a giant provider of digital systems to healthcare companies. But it’s been a difficult year with more challenges ahead.

The $28.4 billion acquisition closed in June. It’s the largest in Oracle’s history, nearly three times the size of its PeopleSoft acquisition in 2005. Oracle’s mission is to rewrite the Oracle Cerner electronic health record (EHR) system, add capabilities, and give it a modern, cloud-based foundation.

It is a complex endeavor, and Oracle has devoted a tremendous amount of resources to it. Appropriately, healthcare technology was a major focus of the recent Oracle CloudWorld Conference in Las Vegas.

There are many synergies at play in the acquisition. The main one is the opportunity Cerner offers to Oracle to increase the scale of Oracle Cloud Infrastructure (OCI), specifically its Gen2 Cloud. Oracle trails far behind AWS, Microsoft, and Google in cloud infrastructure services. Conveniently, Cerner is built on Oracle’s technology stack, although it is not leveraging OCI. In fact, the bulk of Cerner’s customers are running large, complex installations on-premises or hosted in Cerner data centers. This is a great opportunity for Oracle to upgrade and shift Cerner’s technology stack to OCI, while at the same time increasing the scale of OCI. This move also cuts data center costs for Cerner, further juicing Cerner’s financial performance.

From Cerner’s side, the deal was all about using Oracle’s deep pockets and market presence in its battle against Epic, the market leader. Although Cerner is in second place, it has been losing ground to Epic in recent years, especially in larger health systems. Oracle’s international presence can expand Cerner’s global reach, similar to how Oracle has been expanding NetSuite’s presence after its acquisition in 2016.

The acquisition also strengthens Cerner’s cloud story. Epic’s cloud strategy centers on its partnership with Microsoft. Cerner’s acquisition by Oracle is more than a partnership—it is a marriage, one that will include deeper co-development and joint R&D.

Oracle and Cerner also plan to build a national health record database that would pull data from thousands of client EHR systems to compete with Epic’s Care Everywhere (interoperability platform) and Cosmos (anonymized database of more than 140 million records). This national health records database would give doctors and clinicians faster access to patient records. Anonymized health data in this national database could also be used to build artificial intelligence models to diagnose diseases such as cancer.

But the marriage is fraught with challenges. One prominent example is with the US Department of Veteran Affairs, which was already in the midst of a Cerner implementation at the time Oracle acquired Cerner. The VA is an example of how difficult these systems are to implement successfully. The new EHR will replace the VA’s Veterans Health Information Systems and Technology Architecture (VistA) to document and support all aspects of veteran healthcare. Cerner systems at VA hospitals were already struggling when Oracle swooped in.

After four years, the Cerner system is currently installed in only five VA facilities. Due to numerous implementation problems and system issues—including challenges with performance, patient scheduling, referrals, medication management, and other types of medical orders—the VA recently announced that it is delaying any further implementations until June 2023.

For example, at the initial rollout site—the Mann-Grandstaff VA Medical Center in Spokane, Wash.—the system routed more than 11,000 clinical orders for veterans to an “unknown queue” without alerting clinicians. This created a significant patient safety problem.

“Not Delivering for Veterans”

VA officials are frustrated with the situation. In a press release, Deputy Secretary of Veterans Affairs Donald Remy stated:

“Right now, the Oracle Cerner electronic health record system is not delivering for veterans or VA healthcare providers—and we are holding Oracle Cerner and ourselves accountable to get this right. We are delaying all future deployments of the new EHR while we fully assess performance and address every concern. Veterans and clinicians deserve a seamless, modernized health record system, and we will not rest until they get it.”

To stem the flow and be more competitive with Epic, Cerner recently announced that it would improve its interoperability and revenue-cycle management platforms and add new features.

Oracle was surely aware of the problems at the VA at the time of the acquisition, and there is little doubt that Oracle intends to fix them. In a statement issued in July, Mike Sicilia, Oracle EVP, vertical industries, described the end goal:

“When fully deployed across the VA healthcare system, 171 medical centers will go from using 130 different versions of the current VistA EHR to using one single enterprise-wide EHR that is interoperable between the VA, DoD, and Coast Guard. While I fully appreciate substantial challenges exist—all of which are legitimate and understandable—the fact is that more is working than is not. Rollouts to date have been largely successful, and much of the functionality is working.”

We caught up with Sicilia at CloudWorld and asked how things were progressing: “We have an excellent partnership with the US government, in three phases: the United States Coast Guard, the Department of Defense, and the Veterans Administration,” he said. “We continue to work with the VA on planning and a renewed set of go-lives after they do some patient-safety reviews that they’re responsible for because they’re really patient-phase assistance.”

The Oracle-Cerner problems are a caveat to the industry. Modern healthcare technology is extremely complicated, and it affects clinicians and patients at a basic level of service. Ease of use and clear delivery of complex patient information can impact patient care and literally save lives.

In recent years, Oracle has made extensive investments in user experience and data visualization, including the Oracle Redwood UX, Oracle Guided Learning, and the Oracle Application Platform, which is a low-code design platform taking advantage of Redwood UX blocks, data visualization, and other Oracle tools. Oracle needs to apply these lessons to Cerner and bring a clear, simple-to-use, and powerful EHR.

But it won’t be an easy task. One big challenge is the hodge-podge way Cerner has grown. Avasant Fellow Dr. Steven Gerst compared the Cerner system to Epic:

“Cerner tends to be a modular system vs. Epic, which is a fully integrated, relatively seamless system, built on Caché [by InterSystems]. Cerner, on the other hand, has acquired companies for different functions over the years and tried to integrate them. It hasn’t always worked. The system needs a basic rewrite, which Oracle may be trying to do. That is likely to have bugs as well, and it may slow implementation further.”

The next year will be key to see if Oracle really can improve Cerner’s infrastructure and usability, stop losing ground to Epic, and live up to its lofty healthcare goals. The healthcare sector will be better off if Oracle is successful.