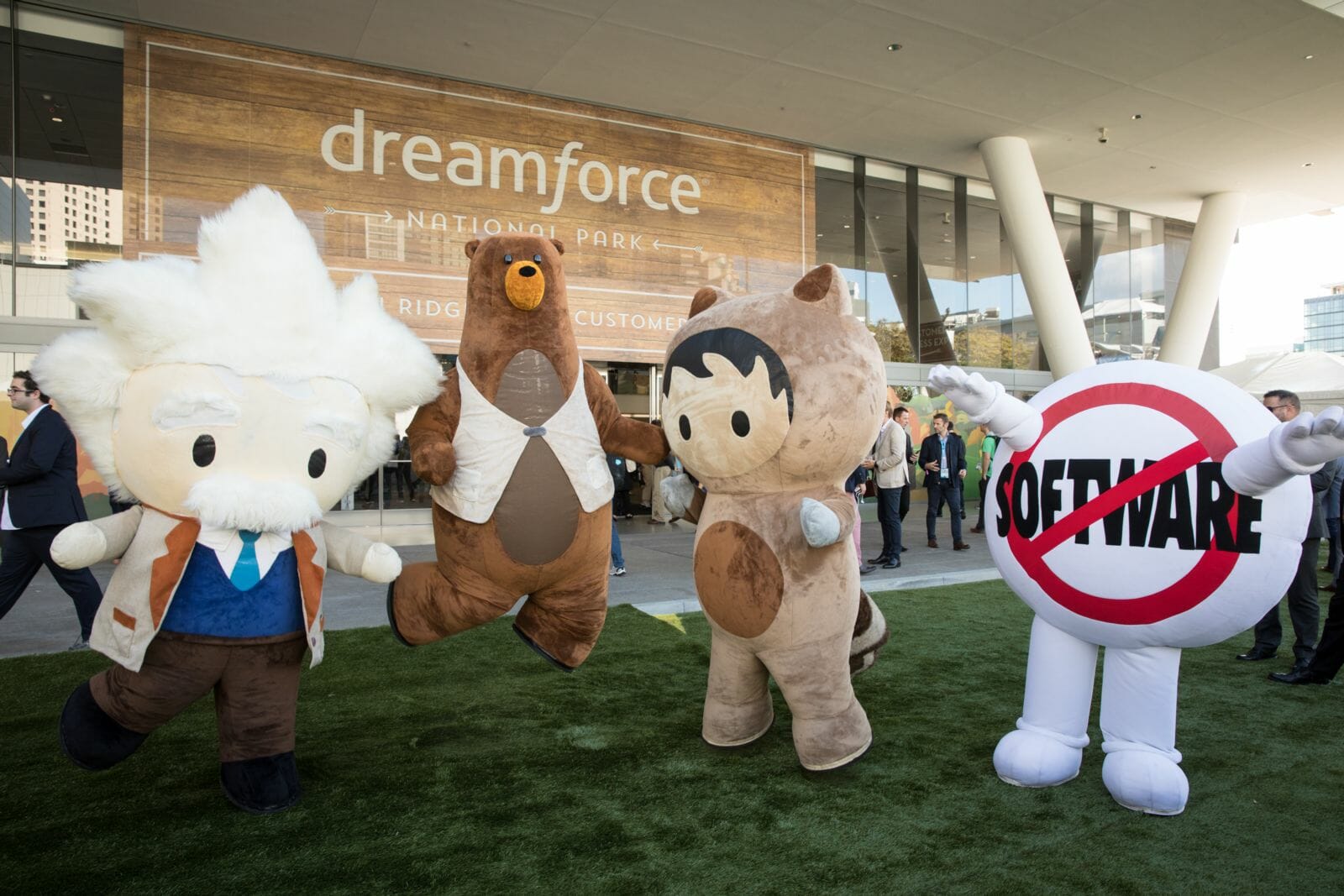 Unless you are a cloud pundit or a financial analyst, the announcements at Salesforce’s huge Dreamforce conference this week seemed rather bland. There was a definite emphasis on practical results and customization. While not earth shattering, the back-to-basics mode was refreshing and could be very powerful.

The big headline was that Salesforce announced Google as a new preferred cloud partner, and Google will help Salesforce expand its cloud, particularly internationally. But one of the points of cloud is that cloud is cloud. Customers shouldn’t care what cloud their apps are hosted on, once it meets basic requirements for security and performance.

Your Salesforce
Salesforce seemingly announced precious little for the customer. The biggest news was the addition of customizable versions of major Salesforce apps. They all share similar branding, simply adding the word “My” to the beginning of the app. Think “MyTrailhead,” “MyLightning,” etc. The basic change is that with “My X” you can add your own logo, colors, and layout to the existing apps. And, you can upload those experiences as apps in the app store. One example is that phone giant T-Mobile created a T-Mobile-branded version of Trailhead, Salesforce’s onboarding and training community, exclusively for T-Mobile sales personnel.

The main emphasis of all the “My X” presentations was around ease of use. The mantra, as has often been the mantra at Salesforce, was “clicks not code.” Meaning that all changes made to websites, apps, and dashboards are done declaratively instead through program coding.
It is easy to yawn at this. Never in the history of tech has someone declared that their software was difficult to use or required hardcoding.

It is easy to say that Salesforce might be out of new ideas. For years, Dreamforce was host to major announcements around trends such as artificial intelligence (AI), app design, and the Internet of Things (IoT). Putting your logo and company colors on an app doesn’t seem like that big of a deal.

Consolidating Change
However, another way to think about it might be that Salesforce is choosing to consolidate its gains and let its user base take a deep breath. Making smaller, useful changes that have been requested by the user base may not drive headlines, but it drives satisfaction and makes the platform more valuable.

Recent Dreamforce announcements have come fast and furious with much fanfare. Salesforce co-founder Parker Harris has in previous years dressed as Einstein, a super hero, even a bear to announce major steps forward for the platform. It was even noted on stage that Parker was wearing a suit this year. No bells. No whistles. Just a demo about customization.

This was likely refreshing to the user base. While there wasn’t a giant announcement of a new app or part of the platform, the pace of change has been huge in recent years. Just as one example, Einstein has 16 new pilots and features since its introduction last year. Einstein is already making 475 million predictions per day. Multiply that across the platform and the rate of change is enormous. It would be incredibly easy for Salesforce, which has a reputation for ease of use compared to competitors, to become just another piece of complicated enterprise software.

In fact, in many ways, emphasizing customization as the major set of announcements for this Dreamforce is just catching up to the existing community. Customization is already a major part of the Salesforce platform. Eighty percent of all records in the Salesforce platform are on custom objects. If customization is the norm, it is only a good strategy to emphasize the ease of those customizations. For example, the new MyEinstein offering will allow users to build their own analytics and ask Einstein to make predictions and forecasts based on existing data.  MyEinstein could be used to predict customer attrition, the likelihood of a deal to close, and was even shown to predict dropout rates of college students. This can all be done “under the hood,” without any need for any models to be created by the users.

Truthfully, this is where we are with a lot of new technologies, especially AI and machine learning. Every software provider says it now has AI in its software. We’re in a new phase. The flashy announcements around AI are over and putting it to work to get results is the new flash.

Of course, at its heart, Dreamforce is a user conference. Salesforce was preaching to the choir. That is why, on the surface, the announcements might seem dull. But the choir is who Salesforce is supposed to be preaching to. If the new “My X” offerings produce the ease of use, customization, and practical results promised, it might be more valuable than announcing yet another big headline offering.