These findings show that there is still much room to increase the practice of OS virtualization. Data center managers looking to contain costs or to reduce power and cooling requirements–and these days, who isn’t?–should become more aggressive about implementing virtualization. 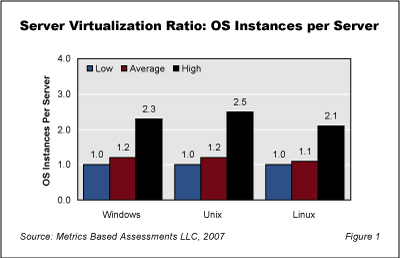 A complete set of data center benchmarks are available in Mark Levin’s book, Best Practices and Benchmarks in the Data Center.