Database administration (DBA) staffing remained steady in 2022, even though organizations are capturing and analyzing greater amounts of data. One reason DBA staffing levels are not rising is technology, such as AI/ML, which is assisting DBAs in collecting, sorting, managing, and controlling ever-larger volumes of data. This includes unstructured data, which can be mined for hidden trends and deeper examination. For now, we expect DBA staffing levels to continue to hold steady. But it is a tenuous relationship where technology could cease to cope, and database administrators could find themselves in higher demand.

As shown in Figure 1 from our full report, Database Administration Staffing Ratios, DBAs as a percentage of the IT staff increased to 3.0% at the median in 2022. Overall, the trend line shows that DBA staffing ratios have been holding steady for the past five years. 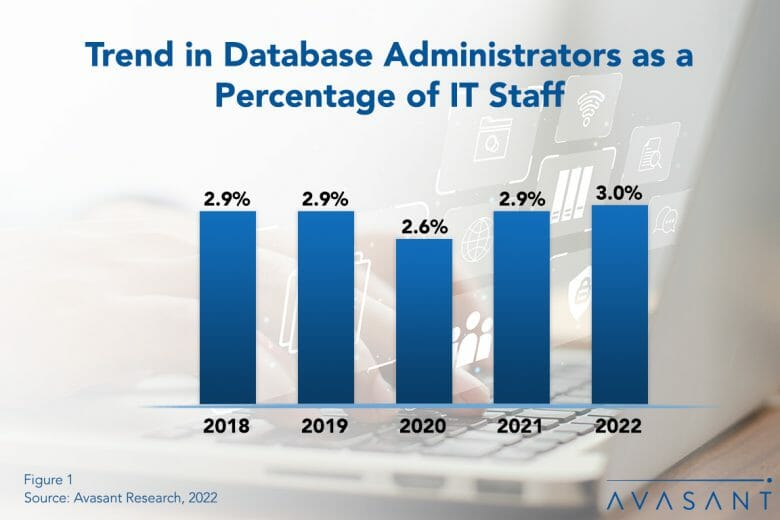 There are several factors that may be contributing to restraining the growth of the in-house DBA head count. One factor is software as a service (SaaS). In the SaaS model, users gain access to the SaaS provider’s databases and applications. The in-house IT staff does not manage the infrastructure where databases and applications run. This eliminates the need for the IT organization to install and maintain the database. Organizations that embrace SaaS applications in a significant way will most likely see less demand for DBAs.

However, the explosion in mobile devices and the Internet of Things (IoT), both of which produce massive amounts of data, have led to a greater need for data collection and analysis. And these sources of new data provide new challenges. The sensors and smart devices that are part of IoT may produce structured data, but in massive quantities. Mobile devices produce both structured and unstructured data, such as geolocation data, that organizations may wish to capture.

“It is really a tug of war between ever-growing amounts of data and the technology required to make databases easier to administer,” said Tracell Frederick, research analyst/editor for Computer Economics, a service of Avasant Research, based in Los Angeles. “At some point though, DBAs may find themselves in greater demand, as the need to capture and mine big data increases.”

IT executives have an ongoing need to evaluate the adequacy of their database administration staffing in the face of demands for more accessible, flexible, and secure data. The full report helps executives determine whether they are keeping pace with industry standards by providing four benchmarks: DBAs as a percentage of the IT staff, DBAs as a percentage of the Data Center Group, users per DBA, and business applications per DBA. We present benchmarks for small, midsize, and large organizations and examine the influence by sector on these benchmarks. We conclude with best practices for optimizing DBA staffing.

This Research Byte is a brief overview of our management advisory on this subject, Database Administration Staffing Ratios. The full report is available at no charge for subscribers, or it may be purchased by non-clients directly from our website (click for pricing). 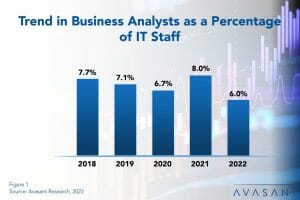 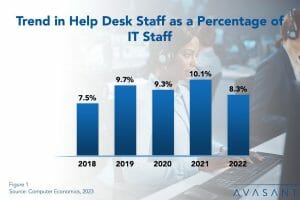 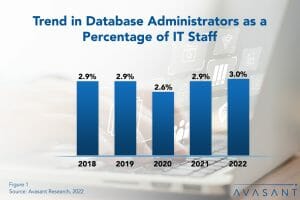 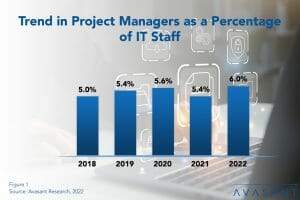