Thriving in the Digital Age: Enabling the Future Enterprise

As 2020 quickly approaches, the convergence of different digital technologies and business models are creating unprecedented opportunities, while also posing threats to legacy organizations. To survive and thrive in this Digital Age, successful businesses are ahead of the curve in aligning with market realities, leveraging emerging technologies such as AI, Analytics, Automation, Cloud, IoT, and Blockchain to become true Digital Enterprises.

A must-attend event for top-level executives representing technology, services and global enterprises across industries. Hear and interact with visionary speakers and thought leaders. Learn about the latest technology and business transformation trends that are reshaping every industry.

To view our event highlights where we’ve discussed co-creation of business value and the practical digital transformation roadmap with hundreds of executives like you, click here.

Thank You To Our Partner: 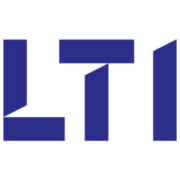 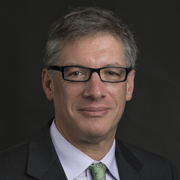 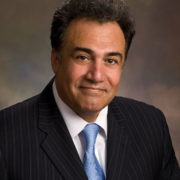 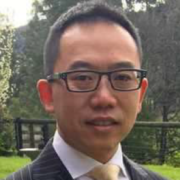 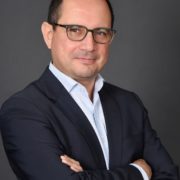 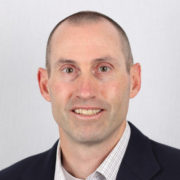 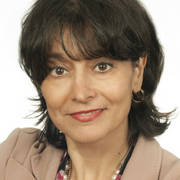 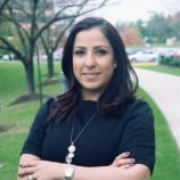 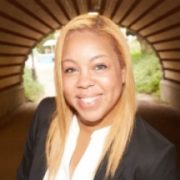 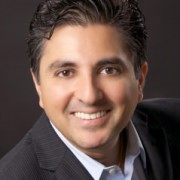 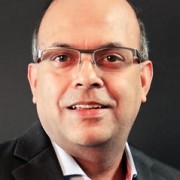 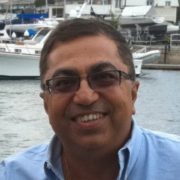 Dare to Dream: The Power of Technology to Drive Sustainable Development

Kevin Parikh, Global CEO of Avasant, shared his insights on the impact of emerging technologies on global development, touching on both inherent challenges as well as trends and opportunities. Kevin explained how major paradigms have shaped the global system over the past two centuries, as periods of imperialism and nationalism in the 19th and 20th centuries culminated in world wars and economic depression, ultimately leading to a rise of internationalism and globalization at the turn of the 21st century. Technological innovation played a major role in “breaking down walls and removing barriers” enabling freedom of movement for ideas, people, and goods. This development opened new markets and increased efficiency, as “the light turned on and the world was connected for the very first time.” Kevin then described the challenges we face in the present, as friction caused by the intersection of competing world views has drawn countries to recede back into policies of isolationism. It is at this critical juncture, that Kevin reminds us of the importance of Digital Singularity, the point where technological omnipresence and human experience converge.

Kevin next illustrated a powerful example regarding the impact of innovation on global growth. 50 years ago, it took more than 400,000 global engineers, scientists, and technicians to accomplish the moon landing – and the effort took 8 years. Today we can simulate the trajectory and vectors for a lunar landing in 5 minutes from an iPhone. Kevin explains how this kind of transformational innovation can only be achieved through a mindset of 10x growth – not a mindset of 10% growth, which is a trap that takes a conscious effort to avoid. If your goal is 10% growth, you will keep the same processes and procedures in place and aim for incremental improvements in hopes of becoming 10% more efficient. Achieving 10x growth, however, requires paradigm-shifting innovation and a curiosity and willingness to try a new approach. Further compounding the difficulty of incorporating such a mindset are the negative societal effects that technology – so ubiquitous that it is woven into every aspect of our day-to-day lives – has had on individual innovative thinking. This over-reliance on technology has caused us to become highly reactive and reclusive information processors, whereas creativity, critical thinking, problem solving, and other disruptive abilities have become suppressed. These challenges can only be overcome through a constant focus on a transformative, 10x thinking mindset.

Kevin leaves us with a message that Digital Singularity drives us towards a state of Hyper-Sustainability, which is characterized by its three tenets of enterprise disruption, individual innovation, and government transformation. Achieving Hyper-Sustainability will enable us to solve global challenges and support socio-economic development in emerging regions, while fostering sustainable, resilient, and inclusive societies, empowering humanity.

CXO Panel: Cloudy with a Chance of Cyber-Breach: Enabling and Securing the Digital Enterprise

Sam Esfahani began the discussion by establishing that any strategy involving digital transformation should focus first and foremost on the customer experience. Sam also noted that as a CIO it is becoming increasingly important to emphasize business value rather than primarily focusing on the technical aspects of the job. It is vital to highlight how technology can help improve business value in addition to operational efficiency. For example, Sam points out a good place to start is “how can technology improve customer satisfaction”? It is also essential to focus on how you can reduce friction between technology and the core business. On the topic of protection of corporate assets, Sam shared an illustrative example regarding swiss cheese. There will always be weaknesses and vulnerabilities in defense of corporate assets, like holes in swiss cheese, however the role of a CIO is to ensure that those vulnerabilities never align and exposure to risk is limited.

Kenny Cheung spoke about the importance of establishing a company culture that will embrace innovation, otherwise core business units will lag behind and not leverage the investment in technology. Kenny also added to Sam’s point about emphasizing business value over technical x’s and o’s, pointing out that he believes product-based org structures rather than capability-based org structures produce higher levels of customer satisfaction. Additionally, Kenny observed that when it comes to transformative efforts such as innovation in cybersecurity, success should be measured on whether goals were met, not on budgets and timelines.

Howard Spira discussed the concept of “ACT”, which stands for “Access, Credibility, Trust”. Noting that credibility is paramount as a CIO or a leader in technology, Howard discussed the differences between business outcomes and tech strategies. Credibility is achieved through business outcomes, not tech strategies, furthering the points made by Sam and Kenny regarding the importance of focusing on business value. Howard also explained the value of bridging and spanning, which involves gaining knowledge of your co-workers, customers, and neighbors’ domains in order to more holistically understand the operations of the company and its impact on stakeholders. Howard concludes the discussion by noting that IT teams are smaller than ever due to their reliance on specialized 3rd party as-a-Service (aaS) offerings, and that a major role of a CIO is ensuring that incentives are aligned for both partners and internal team members so that all parties can work in unison.

Panel: Disrupting the Enterprise: Leveraging Automation and AI in the Transformation Journey

Sidney Madison Prescott started off the discussion by defining automation as straight-through processing involving simple inputs and outputs, while AI reduces the manual effort involved in developing automation. Sidney then explained how E*TRADE is focusing on how to proactively assess investment models by using Robotic Process Automation (RPA) in order to become more predictive and less reactive. E*TRADE is also working on creating bots that are self-sufficient and require fewer manual inputs. Sidney stated that the biggest challenge E*TRADE is facing while scaling their AI and automation efforts is alignment of strategy between departments. In order to make progress, different departments of the company need to work together and think big picture rather than operating in silos.

Mona Kahn defined automation and AI as two solutions to two different processes. Automation removes decision making from a process, allowing it to become rapidly repeatable, while AI attempts to prepare a decision maker by equipping them with information. Mona shared a story about Fannie Mae’s first RPA investment, which saved only a few hours of manual effort, cost $500,000, and had an ROI of nine years. The tool ended up being used for training purposes and running test cases and the ROI was positive. Mona also spoke about the importance of having fresh minds on the team, who tend to approach problems differently. This effect can be achieved through the hiring of young, junior staff who tend to be open-minded as well as transitioning more experienced professionals from outside of the industry who are not steeped in the prevailing type of thinking.

Anupam Govil, President, Latin America and Managing Partner, Avasant, led a discussion on the topic of enabling global growth. The panel was made up of industry leaders including Jaime Granados, Trade and Investment Division Chief, IADB, and Samia Melhem, Global Lead of Digital Development, The World Bank Group.

Jaime Granados kicked off the discussion by diving into the tremendous opportunity that exists in delivering technological solutions to developing regions and pointing out that all public sector organizations are asking the same questions. “What are the jobs of the future? Where should we invest in technology?” Governments are transforming on a global scale as they strive to provide platforms to support a new age of business and commerce and define new laws to best align incentives with technological innovation. Governments want to deliver more robust citizen services more efficiently, and they understand disruptive digital innovation solutions such as automation, AI, blockchain, IoT, analytics, and cloud services are the drivers that will get them there. Jaime discussed the success some developing countries have had by working with the needs of local companies to determine what type of skill sets are needed and then augmenting local finishing schools with those skill sets, and constantly working with the industry to collect feedback and improve.

Samia Melhem observed that while it is her organization’s goal to digitally enable everyone in the world by 2030, there is a long way to go on the public policy side. As a critical example, Samia noted how infrastructure in developing regions requires a conscious investment from the government as well as the private businesses, however such investments can’t be responsibly made without a talent base of professionals such as professors, engineers, and scientists, with an emphasis on talented youth. Samia further explained how critical the role of entrepreneurship is in developing countries and that they are encouraging this development through financing of STEM initiatives.

Anupam then took to the stage to conclude the day with the unveiling of Avasant’s Global Equations platform. The impact of digital innovation on developing countries has allowed for insurmountable opportunities for growth—it was this realization that led to the development of Avasant’s collaborative “marketplace.” Still in beta stage, Global Equations was introduced to the audience as an online portal that will serve as an exchange for investors to discover and be matched with global development opportunities.

Kevin then joined Anupam on the stage to provide his thoughts on Global Equations and its potential to enable global development through market insights and proprietary in-depth analysis, resulting in a comprehensive overview of the international landscape.

Registrations are now closed.
We encourage you to explore our next upcoming event, Empowering Beyond Summit 2020.

About Avasant’s Empowering Beyond Series

Avasant is a global management consulting firm that advises private and public sector organizations on translating the power of technology into realizable business strategies. Our Empowering Beyond Series provides participants with the tools to ideate and build a strategic vision capable of enabling growth through innovation, meeting the demands of the digital age. Industry leaders will provide invaluable insights on how to re-imagine the digital consumer experience, while driving innovation and agility through a data-driven IT organization.

Avasant Speaks at IDB’s Made in the Americas Global Digital Services ... Scroll to top