With three strategic acquisitions, Microsoft Dynamics CRM can now be considered a complete offering for sales, marketing and customer service. In addition, Microsoft’s CRM offering is showing its ability to move up-market into large enterprises.

These were two points that became evident during the Microsoft Dynamics Convergence conference this month in Atlanta.

By way of history, Microsoft introduced its Dynamics CRM product in 2003, its first Dynamics product written from scratch, though it did not experience significant market uptake until several years later. Until the past year or so, Dynamics CRM was largely a salesforce automation system, with a bit of case management on the service side. As such, it was not well positioned against the CRM offerings of SAP and Oracle, which offered complete solutions. Though Salesforce.com also started as a sales automation system, over the past few years it has also built out its capabilities for marketing and customer service.

The previous deficiencies of Dynamics CRM have been apparent in work performed by our sister consulting firm, Strativa, which facilitated a CRM selection in 2010 for a midsize high tech manufacturer. The company had implemented Dynamics CRM but decided to abandon it for lack of customer service functionality. In another CRM selection deal, in 2012, Strativa consultants did not even short list Dynamics CRM because of its lack of support for marketing and customer service.

Filling out the Footprint
But now, as the result of three strategic acquisitions, the picture is completely different:

These capabilities fill out Dynamics CRM into a complete offering, although there are still partner products needed in some cases, for example, for field service, which Microsoft views more as an ERP function than a CRM function. Partner solutions are also needed for configuration, pricing, and quoting (CPQ).

Competing on Value
Although Dynamics CRM can now position itself well in terms of capabilities, there is also an economic angle to its market strategy. Microsoft is simplifying licensing for Dynamics CRM and releasing much of the new capabilities at no additional charge. Specifically, for Microsoft-hosted deployments, which comprise the majority of new deals for Dynamics CRM:

As it stands, the new pricing appears to be quite competitive. Buyers may find the pricing attractive against a similar bundle from Salesforce.com, where costs can rise quickly as Sales Cloud, Marketing Cloud, and Service Cloud are priced separately. Throw in a few AppExchange solutions and the total price can be quite steep. Of course, large customers can and do negotiate significant discounts. Still, Microsoft’s offer of a complete CRM solution at a reasonable price should work to limit the premium pricing ambitions of Salesforce as well as Oracle and SAP. And, that’s good for buyers.

A more complete description of CRM pricing and licensing can be found in a Microsoft blog post by Paco Contreras.

Moving Up-Market
The expanded CRM footprint will certainly help Microsoft compete for CRM deals in larger enterprises. However, Dynamics CRM was already moving up-market even before these most recent announcements.

During Convergence, Computer Economics conducted an interview with Patrick Berard, senior vice president for southern Europe at Rexel France. Though not a household name in the U.S., Rexel is an $18 billion distributor of electrical supplies, operating in 30 countries worldwide. Starting three years ago with its operations in France, Rexel implemented Dynamics CRM to provide a 360 degree view of its customers. It may not sound exciting except that Rexel, having grown through many acquisitions in various markets, has dozens of ERP and other transactional systems that contain customer information in multiple languages. Bringing this information together for the first time in a single view was no small feat.

Rexel’s approach was not to disturb these transactional systems but to pull information from them into Dynamics CRM and make it available for real time display on desktops and mobile devices and to use it for sales force automation. The company also leverages Microsoft Lync and Yammer to create communities of interest around this customer information.

As good a case study as this is, Rexel may not be finished implementing Microsoft Dynamics. With Microsoft building out its CRM footprint, Berard plans to look at Dynamics Marketing to see whether it would provide a way to better manage technical specifications and other content. Finally, some of the ERP systems in Rexel operating units are “sub-standard” and candidates for replacement. Microsoft Dynamics AX may be a good fit for these divisions, which may lead to an even broader commitment to Microsoft throughout Rexel.

For a system that was only born 10 years ago, Microsoft has made great progress in building out a complete CRM offering. It positions well against SAP CRM as a smaller-footprint alternative. Against Oracle, Dynamics CRM has a simpler story to tell. There is no doubt that Oracle has deep CRM capabilities, but they come in a variety of acquired products, such as Siebel, Rightnow, and Eloqua, as well as Oracle-developed products, such as Oracle Fusion CRM.

Against all competitors, including the market leader, Salesforce.com, Microsoft is signaling that it is willing to challenge their premium pricing.

With Microsoft now offering a complete CRM solution and demonstrating that it can scale up-market, there are few situations now where Dynamics CRM does not deserve consideration.

Our Technology Trends study provides the latest adoption and customer experience trends for CRM and 13 other enterprise technologies. 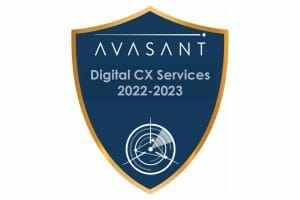 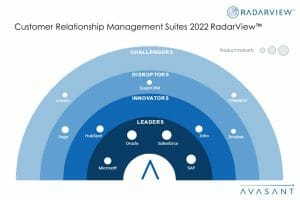 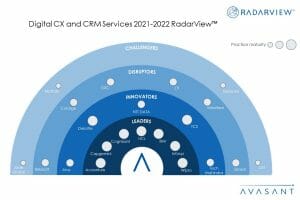 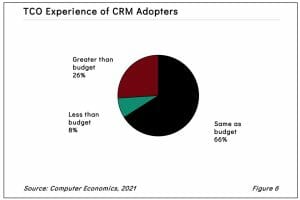