Home » Product » What Fiori Means to SAP and Its Customers

What Fiori Means to SAP and Its Customers

This Research Byte is based on research by Frank Scavo, President of Computer Economics, as part of his work at our sister consulting firm, Strativa.

Over the past several months, a debate has been raging about whether SAP should offer its new user apps, collectively called Fiori, at no charge to customers under its maintenance program.

The debate can be difficult to follow for those not familiar with Fiori or SAP’s technology stack. This Research Byte summarizes the arguments, including factors not often recognized, along with recommendations on what SAP should do in its own best interest and what it all means for SAP customers.

What is Fiori?
SAP Fiori is a set of apps, newly written by SAP, that address the most broadly and frequently used SAP functions, such as workflow approvals, information lookups, and self-service tasks. They provide simple and easy-to-use access across desktops, tablets, and smartphones.

To get a quick idea of what Fiori is all about, watch this short video with examples of SAP Fiori apps for managers.

Fiori is more than just a new user interface. It is a set of cross-device applications that, among other things, allow users to start a process on their desktop and continue it on a tablet or smartphone. SAP is developing its Fiori apps on its latest user interface framework, SAPUI5.

A complete list of current Fiori apps is available on SAP’s website. So far, SAP has released two waves of Fiori apps of 25 apps each, with additional waves under way.

It is important to note that Fiori will never be a comprehensive user interface replacement for SAP. The reason for this is that most SAP ERP processes cannot be performed with Fiori, not now or in the future. Those SAP processes are simply too complex in their design and do not lend themselves to deployment on a smart phone or tablet. Everyone knows, for example, that you can do much more with the desktop version of Netflix than you can on the Netflix iPhone or iPad app. Likewise, it is difficult to take a complex SAP process and dumb it down to the point where you can deploy it on a smartphone.

Complicating things, Fiori is not the only development effort involving SAP’s user interface. SAP has also released a product dubbed Screen Personas, which allows users to customize standard SAP screens to their liking. For example, using Personas, a user could remove fields of no interest or change the placement of fields on the screen.

SAP Customers Are Pushing Back on Pricing for Fiori
The best source of information on the debate about Fiori pricing is a diginomica post written by John Appleby, an SAP expert who works for an SAP partner, Bluefin Solutions. He notes that the list price for Fiori is currently a one-time fee of $150 per user and it gives that user access to all current and future Fiori apps. It may sound like a modest fee, but Appleby points out that $150 per user can add up quickly. If a user only needs access to one or two Fiori apps (e.g. approvals), the $150 fee becomes expensive in companies with thousands of such users. In a comment on Appleby’s post, Jarret Pazahanick points to one company that has 80,000 employees and would have had to pay $12 million simply to let all of its employees view their pay stubs using Fiori. Nevertheless, there are scenarios where Fiori is easily cost-justified such as when enabling the salesforce with a number of Fiori apps: the $150 fee per user is a no-brainer in such cases.

But, more basically: what are customers paying maintenance for? SAP’s current maintenance pricing is 22% of the customer’s license fee, which means that, in fewer than five years, the customer will have essentially purchased its entire SAP product portfolio a second time. Customers look at Fiori as an extension of the SAP products they have already licensed. Why should they have to pay more money to SAP in order to license Fiori?

SAP customers worldwide are now up in arms over SAP’s policy of charging them for Fiori. It’s reminiscent of the customer revolt against SAP’s forced march to higher-level maintenance fees a few years ago. It is also reminiscent of SAP’s struggles with how to charge for its mobility platform and the SAP Netweaver Gateway, back in 2011.

Strangely, SAP’s policy toward existing customers appears to be harder than it is toward new customers. Reports from the field indicate that when SAP is selling net new deals, it nearly always demonstrates Fiori—because it shows really well. When it comes to putting together a proposal, then, SAP typically bundles Fiori as part of the total deal.

Yet when an existing customer wants to buy Fiori, that customer needs to pay $150 per user. The exception, of course, is when the customer has something else it wants to buy from SAP. SAP then bundles Fiori into the deal with the other SAP products the customer is buying. In other words, unless you are willing to buy something more from SAP, you have to pay for Fiori.

Other Vendors Provide New Functionality at No Charge
Some argue that SAP’s policy is no different than that of other vendors. Although this is sometimes the case, some other vendors have a much more liberal approach to delivering new functionality to existing customers. For example, Workday recently rolled out a new user interface and extensive mobile support without charging its existing customers extra for this new functionality.  Salesforce.com did something similar with its Salesforce1 platform, a major new release of its Force.com platform—at no additional charge.

Finally, releasing new functionality at no charge already has precedent within SAP. For example, in 2012, SAP released a new product known as HR Renewal, which encompasses learning, employee and manager self-service, personnel administration, organizational management, and more. All of this was provided at no additional charge to customers under maintenance.

Paying for Fiori is the Least of the Problem
The argument to this point is simple: customers are paying maintenance on existing SAP products, and Fiori is an enhancement to those products. Therefore, SAP should make it freely available to customers. But as it turns out for most SAP customers who want Fiori, that $150 flat fee per user is the least of their problems. There are two other obstacles to Fiori:

Neither of these are small issues. Two big obstacles to Fiori are the effort required to upgrade SAP products and the expertise required to install Fiori. In fact, there are only a small percentage of SAP customers that have all the prerequisites in place and the necessary skills in-house to implement Fiori.

SAP Could Make More Money by Giving Away Fiori
So, if the price tag for Fiori is the least of customers’ problems, why not turn it around and ask, what would it mean if SAP were to offer Fiori to existing customers at no charge?

SAP has staked its entire product strategy on HANA. Yet, as just shown, less than 1% of Business Suite customers have purchased HANA. If SAP wants to be successful, it must do everything it can to move customers to HANA. Moreover, the business case for Business Suite on HANA to date has mostly been, in effect, “you can do things faster.” Yes, there are a few dramatic examples, such as large companies being able to do a complete MRP regeneration in seconds instead of hours. But for most customers, “faster” is not enough to justify the time and expense of a HANA migration.

Fiori changes that. SAP can now say, if you go to HANA, you can change the user experience with these Fiori apps. Fiori, in effect, could be the Trojan horse for HANA.

Compared to the strategic value and revenue opportunities for moving customers onto HANA and selling additional user licenses, charging existing customers for Fiori is chump change.

SAP Has It Exactly Backwards
In summary, charging for Fiori is a mistake for two reasons. First, it annoys customers, who need to see more value in SAP’s maintenance program. Although it is unlikely that any single customer will to migrate away from SAP simply because SAP is charging for Fiori, SAP’s stated policy reinforces the perception that there is not much value in SAP’s maintenance program. SAP’s most recently quarterly results show that SAP’s core business—sales of its Business Suite—are shrinking. SAP, therefore, should be doing everything it can to keep the customers it already has.

How can SAP positively motivate customers to move to SAP’s innovation stack (HANA, Fiori, Hana Enterprise Cloud, etc.)? This is where the good stuff will happen. Why isn’t SAP bundling these three things together including the services to get customers there? Why doesn’t SAP take some of the risk up front to keep its relevance?

If Fiori is part of the key to moving customers onto SAP’s latest technology stack, perhaps SAP should be paying customers to take Fiori, rather than charging them for it. The payment could be in the form of a moderate credit toward new user licenses or HANA licenses. It could also be part of a discounted bundle of products and implementation services for HANA, Fiori, Screen Personas, and other SAP technologies.

Such a program would generate much good will among SAP’s installed base and would further SAP’s larger product strategy.

SAP Customers Should Investigate Fiori Possibilities
What does this mean for SAP customers? First, get up to speed on the Fiori apps currently available and show them to your end users. Long time SAP users are often jaded in their expectations, which means the bar is set fairly low. They will most likely be pleasantly surprised by the possibilities of Fiori. Screen Personas are another way to impress long-time SAP users with new possibilities. If they become supportive of Fiori and Screen Personas, they may provide the business case to make an investment.

Second, spend some time to determine what additional investments you will need to implement Fiori.  Most SAP shops will need to upgrade to current versions of some SAP products. Most will also need to migrate at least some portions of the Business Suite to HANA. At a minimum, they will want the option to do so if Fiori performance turns out to be unacceptable. Additional user licenses will also probably be needed.

Finally, talk to your SAP account representative about putting together a bundled deal for Fiori, Screen Personas, new user licenses, HANA, and the other technologies you will need. Despite SAP’s stated policy to charge for Fiori, it is likely that SAP will be willing to cut an attractive deal when there is a larger amount of money at stake.

This Research Byte is based on research by Frank Scavo, President of Computer Economics, as part of his work at our sister consulting firm, Strativa. 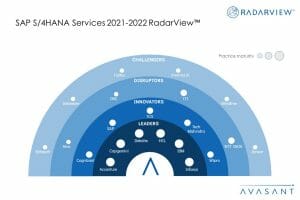 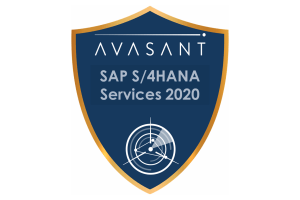