The smartphone world is closely watchin 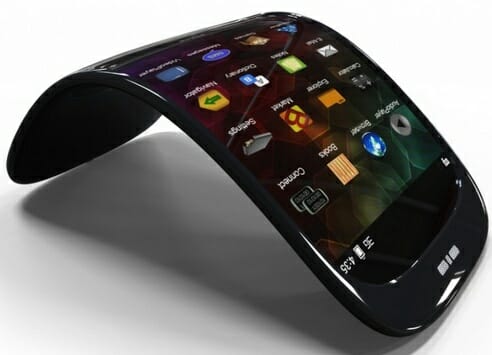 g Apple and Samsung in 2017, which could be a crossroads year for the devices. But will their many new features be enough to encourage businesses to revive their spending on them?

Samsung fired the first salvo in 2017, unveiling its new flagship smartphone earlier this month, and the company hopes the new Galaxy S8 will eclipse the Galaxy Note 7’s battery nightmare. So far, the Galaxy S8 is getting good early reviews, which is a far cry from 2016, when Samsung felt the heat after a series of disastrous recalls that cost the company billions and damaged its reputation. Frequent fliers became familiar with airlines banning the Galaxy Note 7 after nearly 100 incidents of the phones overheating or catching fire. Earlier this year, Samsung placed the blame on poorly designed and manufactured batteries.

Say Hello to Bixby
The South Korean giant has poured a lot of tech into the S8, with a bigger “infinity screen” that extends almost to the edges of the device and the addition of Bixby, a voice assistant that promises to let you control any part of the device. Samsung has plans beyond phones for Bixby, which it sees as a competitor to Apple’s Siri, Amazon’s Alexa, Google’s Assistant, and Microsoft’s Cortana. Samsung will also introduce Bixby to its vast array of connected TVs, washing machines, and other home appliances. (One interesting side note: Bixby speaks in a female voice, the default gender for these assistants. But you can ask Bixby to change to a male voice.)

The melding of smartphone and PC also gets a boost with the Galaxy S8. With an adapter and a little docking station, the new handset can drive a monitor, mouse, and keyboard. Powering it is a Samsung-modified version of Android called DeX. So far, Microsoft Office and Adobe Lightroom have been optimized for DeX, but not Google’s Chrome browser, Samsung says. The question is, does the S8 have enough going for it to restore trust in Samsung?

At the same time, Samsung is working on two phones with bendable screens, “including a version that folds in half like a cosmetic compact,” according to a Bloomberg report. Pliable phones with advanced screen technology could definitely move the needle for Samsung and put the burning-batteries fiasco in the past.

iPhone Rumors Run Rampant
Meanwhile, 2017 should be an interesting year for Apple. The company is rumored to be releasing its next iPhone in September or October, and speculation about the design, price, features, and name (iPhone X or iPhone Edition?) is rampant. The 10th anniversary iPhone will debut the same year that the company’s massive, long-awaited new campus opens in Cupertino, just across Interstate 280 from its old headquarters at One Infinite Loop.

The new iPhone is rumored to include major new features—along with a hefty, $1,000 price tag. (Samsung’s flagship device runs about $750, with another $100 for the larger Galaxy S8+.) The Apple rumor mill is working overtime on the new iPhone features. Will it really be a leap forward, featuring a new size, wireless charging, an upgraded display, facial recognition, and more? The smartphone world will have to wait for those answers, because, as always, Apple won’t comment on the speculation.

Below the top two smartphone makers, a swarm of competitors are fighting it out to grab market share. They include LG, ZTE, Google, Microsoft, Motorola, and Huawei.

Data from our recent report, Mobile Devices/Wearables Adoption and Customer Experience, emphasizes that this could be a watershed year for smartphones. The development curve has slowed, and applications for these devices—rather than the devices themselves—are where the innovation is. Moreover, data from our annual survey of technology trends shows a high adoption rate for smartphones, but other metrics, particularly around return on investment and cost of ownership, are mixed.

Investment Rate Declines
Mobile devices and wearables enjoy one of the highest adoption rates of the 12 technologies surveyed in our annual Technology Trends study. But new investment rates are not nearly as high. In 2016, 44% of organizations reported new investments in mobile devices and wearables, but that percentage dropped to 30% in 2017—a somewhat surprising decline. By comparison, the new investment rate in mobile applications, as opposed to the hardware, is surging. About 49% of organizations are investing in mobile apps in 2017, up from 31% in 2013.

Here’s the question for enterprises: Will the new developments in smartphones be enough to overcome the flagging investment rates? Consumerism drove the enterprise to smartphones. Now consumerism is driving software, not hardware. Apps such as Uber, Lyft, Snapchat, Instagram, and even the venerable Facebook are showing bigger growth in mobile than smartphone hardware, which have seen slowing growth in sales. Have we reached the point where phone hardware is simply commodity, something to put on a regular refresh rate like a PC and otherwise ignored?

But a stronger case can be made for a rebound in mobile-device investment. The new consumer offerings likely will be enough to drive consumers (and therefore enterprises) back to another round of investing. Organizations have been making early investments in voice technologies such as Alexa and Bixby to see if this offers a new way to interact with data. We got a glimpse of this future at a recent briefing with FinancialForce, where the speaker told an Alexa tower to call up a client’s financial information. The data appeared seamlessly on a nearby screen. He then asked Alexa to book his vacation. Combine that demonstration with the way consumers have embraced Alexa and Google Assistant in the past year, and this is the way we will increasingly interact with data. If Samsung, Microsoft, or Amazon succeeds in getting us to talk to our phones, dishwashers, and refrigerators, it seems only a matter of time before enterprise workers demand voice interaction with their work data, just as they demanded access to mobile phones in the first wave of consumerism.

As for the Galaxy S8 sitting in a dock and powering your desktop: If the phone has enough power to do this properly, then mobile workers will want that simplicity and mobility. Workers could essentially carry their desktops with them, eliminating clunky virtual desktops. The setup could never replace a powerful PC workstation, but to a wide swath of phone and tablet users, it could be a hit. We’re already carrying around computers in our pockets; it makes sense to make them the only computers we need to carry. It could essentially launch a new thin-client era in organizations, with phones replacing bulky PCs as the main source of end-user equipment.

In other words, this latest round of innovation in smartphone hardware might just be able to start another round of consumerism in the enterprise. If the new iPhone really is a leap forward, or if Samsung creates a user interface that works with a bendable screen or voices, then the investment rate is likely to take off again. Either way, the mobile arena will be worth watching in 2017 as organizations consider the new innovations in this critical market.