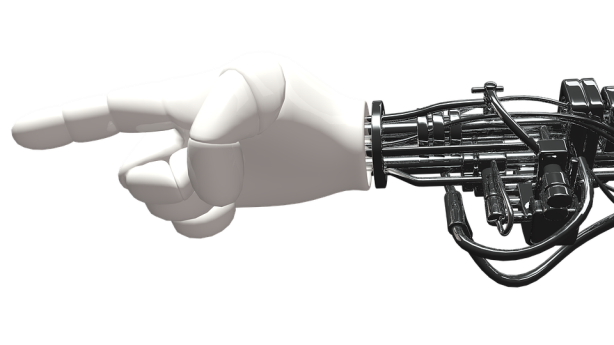 Rapid advances by tech vendors mean that big data capabilities are becoming more readily available to companies of all sizes. However, even though most companies can now invest in big data doesn’t mean that they should. Instead, they should be investing in the artificial intelligence (AI) and machine learning capabilities now being rolled out by large tech providers, which will give them even greater benefits of big data, more quickly, and at lower cost.

Just in the last few weeks, major tech companies have announced AI and machine learning offerings that will impact the way companies discover, analyze, and make data available to their decision makers.

Nearly every tech giant is providing some form of AI or machine learning, or has plans to do so in the near future. Recently at Oracle OpenWorld, Oracle tossed its hat into the machine learning/AI ring with its Adaptive Intelligence Applications. Not to be outdone, around the same time, Salesforce announced Einstein, the machine learning/AI app, which the CRM giant fully introduced at Dreamforce two weeks later. Also in September, Microsoft announced at its Ignite conference an AI offering to complement the work it’s already done with Cortana. Of course, IBM has long been in the AI game with Watson. These offerings approach something that could be called AI-as-a-service. As the various AI products become fleshed out, the strengths of each will become clearer in terms of their use cases.

However, the machine learning competition is already starting to make one thing clear for most organizations: your own big data initiative is no longer good enough. If you aren’t already doing so, you will need to consider investing in data-as-a-service, cloud analytics, and AI offerings from third-party vendors. The infrastructure required for the machine learning initiatives is making your big data program look small.

Whether you are asking an AI system to parse your supply chain data for inefficiencies, search a resume database for quality candidates, or figure out how best to approach sales leads in your CRM, the same basic principles apply. The AI goes into a database to crunch numbers using an algorithm. You want it to crunch fast. But most importantly you also need it to be drawing from the largest data set possible, or else it doesn’t matter how fast your answers are. They won’t be good answers.

Oracle executives argue that Oracle’s data cloud is the best in the world. They claim to have profiles from online footprints (including purchasing habits, reading habits, and interests) of close to 5 billion people. They also claim accurate corporate data for tens of thousands of companies. They pull in data from hundreds of partners including some of the biggest retailers in the world. Whether Oracle’s data cloud is best, of course, is up for dispute.

But what can’t be disputed is that unless you are Oracle, Microsoft, Facebook, Google, Amazon, IBM, Salesforce, Apple, or one of a handful of other companies, you can’t compete with their data sets. And unless you are one of those providers, you can’t compete on computing power either. And unless you have some serious aspirations to be one of the biggest tech companies in the world, it is expensive and pointless to try. The smart data strategy moving forward is going to be applying magic (algorithms) to your specific, proprietary data in combination with third-party data to deliver business value (money).

Data + Magic = Money
Since the term big data was coined, there has always been a little bit of a mythical element to it. The idea is that if you captured enough data and you turned that data in a million different directions with the right algorithms, business insights would come out of it. In other words, data plus magic (algorithms) equals money. And this concept has led to companies spending large sums of money amassing and analyzing hoards of data. In effect, they treated big data as a capital investment.

Critics of big data have pointed out that business insights can be found from much smaller data sets, and that better data is better than bigger data. The “right” data, they argue, allows you to know your business without storing terabytes or petabytes of data you’ll never use. And algorithms work on small data as well as big data.

The good news is that AI, machine learning, and analytics in the cloud are finally going to reconcile these two points of view. This emerging approach addresses the two basic problems with how big data has been tackled:

The key is that your intimate knowledge of your business can’t be replaced by machine learning or an algorithm. At the same time, all the third-party data in the world is still just big, anonymous data. But the magic happens when you combine your small data with a large third-party data cloud. The deep insights of small, proprietary data sets get broadened and multiplied when attached to bigger data sets. In other words, the data you have on your own customers can now be applied to prospects around the world.

Can’t Go It Alone
The power is the combination of first- and third-party data and fast data discovery (magic), which is why it is now imperative that most organizations should stop trying to go it alone with big data. Why pay to build a big data infrastructure? Most organizations are not in the data business. It simply makes no sense to build the breadth of data and compute power needed when you can plug your data like a key right into a ready-made system from the large providers that are already investing in the three pillars of machine learning.

While a handful of tech giants have raced to be the first to broadly offer artificial intelligence and machine learning, everyone else benefits by being able to tap into the cloud infrastructure they’ve created, AI or no AI. In the coming years, the market will move away from individual big data efforts. Specific insights, small data, and business intelligence on a corporate level will remain vital to innovation, but the heavy-lifting big data will move almost exclusively to service providers. The best strategy going forward for any organization that doesn’t already have a major big data capability is to leverage a service provider. Use the money you would have spent on big data to refine your own proprietary data in combination with the provider’s data to develop the algorithms that will make magic.